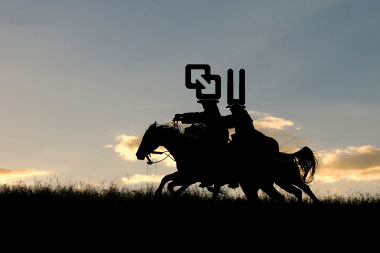 Ever since I scored a copy of Parallels during the MacHeist sale, I’ve been using it as my virtualization software on my Macbook, instead of VMWare. Now after six months of processor-blistering work I’ve had to dump Parallels and return to VMware.

Virtualization software allows you to run Windows (or just about any other operating system) on your Mac. With virtualization you can boot into Windows while you’re still running your Mac software. Unlike Bootcamp where you have to choose either Windows or Mac os when you boot, virtualization lets you run both operating systems simultaneously. It’s amazing. The two top packages available for consumers are Parallels 5 and VMware Fusion 3.1. In this article you’ll read what my experience was with both packages and why VMware stands out, for me, as the better of the two.

Let’s talk first about why I need virtulaization software running on my Mac. Two Words: Sony Vegas. Sony Vegas is a video editing program that kicks ass over iMovie and iMovie HD. It’s also a fraction of the cost of Final Cut and Adobe Premier. If you want super flexibility and a pro-sumer level of control over your video clips and titling, get yourself into Sony Vegas. But if you’re a Mac user, you’ll also need to make sure you can run WinXp. So where does that leave us?

All last year I was using VMWare. I produced about 6 videos a month for various customers. Some examples can be seen here:

But then when I got a hold of Parallels I figured I would try it out to see if there was a speed difference. When you look at their website, listen to their marketing, or talk to other people, the common statement about Parallels is that it’s faster than VMware.

Once I got it installed, I immediately noticed that Parallels approaches virtualization very differently than VMware. What Parallels wants to give you is a seamless workflow between your Windows and Mac environment. This includes adding a folder on your dock where you can access your Windows programs, even if Parallels isn’t running.  At first this confused the hell out of me. Maybe I’m slow, but when I’m seeing WinXP  Start button on my dock, It makes my brain warble. After a couple of days I got used to this way of thinking. Then I began to like it. It unified my hard drive for the Windows and Mac sides of my machine. Of course you can change your settings to give the two sides of your machine more separation. When you want it unified, Parallels calls it Coherence mode. VMware handles it differently.

With VMware you get more separation between your Mac and Pc. This split personality is further supported by the fact that you have a C drive partition for your Windows machine. (Parallels does not set up a partition…at least not in the default installation I performed). Any other drives (files and folders) you want access to through VMware will need to be “shared” through settings.

When I tried to switch out of Coherence mode in Parallels I noticed a weird screen flicker. This was my first red flag about Parallels.

Another big reason that I wanted to switch to Parallels was because it was supposed to be better about RAM consumption. And it was. Booting Parallels was faster than VMware. Once it was up and running I still had some of my ram left.

Still having some RAM resources after Windows was launched was a big deal. When VMware launched, my machine would grind to a halt . As VMware went through its boot up process, every other process on my machine froze. This was aggravating as hell.

My world consists of running multiple programs on my machine at once. When one is booting I’m in something else…just keeping the ball rolling. But to have to wait for 1 or 2 minutes for something to boot, then get settled, then release my machine back to me makes me grumpy. With Parallels, you are up and running and your machine keeps humming along.

So what’s the problem with Parallels? I can sum up the answer to that question in 4 words. Mind you, these are the most terrifying words known to a Windows computer user. You might want to get the children out of the room for this: Blue Screen Of Death.

Here is where VMware stands apart:

Over an entire year of heavy WinXP use through VMware not once did I get a blue screen of death. In six months of Parallels use, I got 3 and now my Sony Vegas won’t render out to .MOV. Parallels is basically dead on my machine after the 3rd and final BSOD. Luckily I had left  VMware installed so, under deadline yesterday, I dusted it off and got back to work through VMware. Sorry Parallels.

Parallels is like  a wild stallion that’s ready to drag you full tilt out of the gate, anywhere you want to go. Its lithe, squirly and chomping at the bit to race. But sometimes it trips. If you’ve even been on a horse that stumbles into a gofer hole at a full gallop, I don’t recommend it. It sucks.  Like an overly spiritied thoroughbred that can’t wait to get out of the gate at the Preakness, Paralles races off with or without you .

VMware, on the other hand, is more stable than Parallels. Yes, your machine is going to take it in the shorts when you’re booting Windows through VMware, but just give  it a moment to catch up. Close your Firefox or Safari during boot just to give VM a little more RAM. But let it do its thing. Because once VMware is up and running, you’re going to have a stable, well behaved Windows experience on your mac. Had it not been for the blue screens of death, I probably would have put up with the quirks that Parallels brings with it. But having spent months away from VMware, and then returning to it, I found its stability and organization a welcome relief. Sometimes getting the job done is more about finding Clydesdale than a thoroughbred.