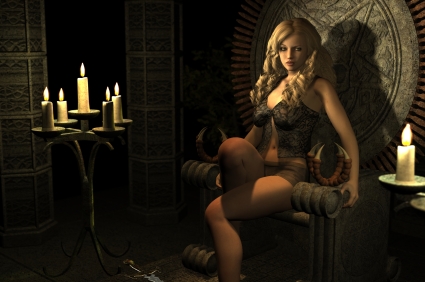 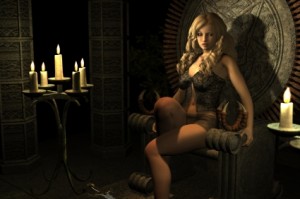 It seems that adventure games are making a comeback due to the iPad. I once read that Myst marked the death of adventure games. Silly me, I thought it was Dragon’s Lair.

Actually there is a huge difference between Myst and Dragon’s Lair. Myst takes hours of complex problem solving and serious brain cells to solve. (that’s why “we” loved it. Personally I was more of a Zork guy.) Dragon’s Lair (you remember this in the arcade?) just takes quarters and copious amounts of trial and error (though it too is available on the iPhone/iPad though it’s missing something without the joystick). However what Myst (which targeted a more mature audience) taught game makers was that market for adventure games was not deep enough (even though Myst sold millions of copies it’s said that it marked the end of the genre). The real market for computer games was not Adventure, it was in shoot-em-up, immediate gratification slaughter fests.

Thankfully, it seems, the iPad is changing all that. Now we “maturing” Zork players ARE 40!! (cough cough 41) and we’re BORED to death with point and shoot and looking for something more challenging than Tetris knock offs or the infinite loops of Mahjong-like games such as Around the World in 80 Days. Today I’m finding my lost loves slowly creeping back into the Googlesphere. Yes Virginia, the iPad is the perfect platform for adventure games.

Here are some of the Adventure games I’ve found and tried:

Broken Sword HD
This is a beautiful game. I think it’s really tuned to the romantic hearts that love the idea of being a reporter in Paris tracking down a murder. The controls on this game are a little tricky. But the interaction with rooms, people and objects is a lot of fun. This feels like you’ve been dropped into a hi-production type of cartoon. The main character is a woman. Does this mean the game is geared for women? Am I a closet transvestite because I play it? Nonsense Rupaul-a-potamus–on both accounts.

TwistedLands
I wrote about this game in my 10 iPad Apps for 2010 article. For me TwistedLands strikes the perfect balance between adventure game and puzzle book. You travel through different parts of an island looking for your lost girlfriend (who was stolen from you). The illustration style in this is beautiful (except for the creepy people illustrations at the very opening of the game). The puzzles can be challenging but–not so irritating that you drop the game and attack the New York Times crossword with a pen.  I’m also a sucker for good sound effects, which this game delivers. I really, really liked playing this game. I’ve talked to others as well who have really appreciated the artistry and thoughtful balance of this game.

HECTOR: Badge of Carnage Ep1
Maybe this shows my age (although I did make a Zork comment earlier) but I can’t help be somewhat reminded of Leisure Suit Larry by this game. Hector is a adolescent-boy-humor, sex, drugs, guns, ejaculate and boogers sort of adventure storyline. If you don’t mind employing a used rubber to fish out a paper clip from a dirty toilet for the purposes of picking a lock, this is the game for you. I’d say, however, the base storyline and British humor belies the advanced difficulty level. This game is hard. (no pun intended). Holy leaps in logic on this one will leave you scratching your head(s). I could not find a help button…so yes…I Googled my way through some of the malarkey.

Myst
I know that Myst was brilliant and huge back in the day. And I succumbed to pressure when I purchased the “GOTTA HAVE It” sequel to Myst called Riven and had to endure all–what was it–8 or 9 CD’s of the game. What a pain in the ass to play. Myst I “finished”. Riven I barely unwrapped. I never fully got bit by the Myst bug. However, if you love these Cyan games, the iPad versions are true to the originals…right down to the barely audible TV-staticky book page monologues that remind me of having the flu.

Mishap
I got Mishap because I was searching for something like TwistedLands. It’s similar in that you need to locate all of the objects listed on the bottom of your screen in the room. Think of Where’s Waldo. Or if you ever used to read Highlights, they had those puzzles in the back where you had to find all the objects. Same deal here. The illustrations are high quality and fun. The scary music is a little annoying. My sense is you’ll either really get into this game, with all it’s rooms and ghost hunting, or you won’t. There is still a bunch of stuff in this game I haven’t fully explored…like the ghost finder reticle.  Of these types of games I liked TwistedLands better. I have a feeling that the female of the species might dig this game more than guys.

If you liked this article, you might also want to check out 5 iPad Games Almost as Addicting as Angry Birds.