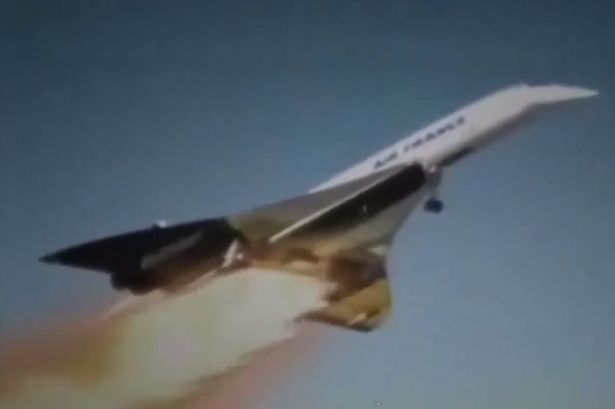 July 25 marks the anniversary of the crash of the supersonic passenger jet liner known as the Concorde.

Concorde was one of only two supersonic passenger airliners that could fly twice the speed of sound. To put that in context, today it takes about 7 hours to fly from NY to London. On Concorde, you could do it in 3 hours. The aircraft flown between 1976 and 2003 was faster than a standard rifle bullet, and faster than the rotation of the earth.

During takeoff from Charles de Gaulle airport in Paris, witnesses in the terminal and observers in the tower saw flames explode out of the left side engines. The pilot couldn’t see the flames but informed the tower that his NO., 2 engine has failed. It’s too late for him to abort the takeoff. Captain Christian Marty (54) has no choice. Even though his bird is on fire, belching a rooster tail of smoke and flame, he has to get Concorde into the air. Marty is a national celebrity, being the first man to windsurf across the Atlantic, he is also Air France’s most senior pilot.

At 4:43, seven minutes after Concorde is cleared for takeoff, the burning jet, underpowered, overweight with fuel, passengers, and cargo lumbers up into the air. In two minutes it will be all over. Concorde’s left wing fully engulfed is disintegrating. The aircraft lurches sharply to the left, stalls, and explodes on impact, falling tail first into the ground. A fireball engulfs a nearby hotel killing an additional four people on the ground. In all 100 passengers, 9 crew and the 4 people in the hotel are killed.

After almost 25 years in service, including 40,000 flights and 500,000 flying hours, Concorde’s perfect safety record ends in grand tragedy. The only footage shot of the burning aircraft was taken by the wife of a truck driver. They were passing by the airport hoping to get a glimpse of the celebrity aircraft known for carrying the rich, and amazing.

At the time, Concorde tickets between NY and London cost an average of $8,000 one way. (that’s $16,000 round!). By today’s standards, that’s a hefty price to pay. When I checked prices on British Air this morning, the cheapest I could find a first class round trip ticket for was about $6,600. Presumably one of the factors contributing to mothballing the fleet was that, besides the noise restrictions and cost of fuel,  the airlines calculated that they could make more profit selling first class seats on their regular, more economical, sub-sonic aircraft, than with Concorde.

Cause of the Crash

The cause of the crash was determined to be a strip of metal from a Continental DC-10, which had crossed the runway prior to Concorde. I found one note that the planned inspection of the runway at this time hadn’t happened. During takeoff, one of Concorde’s wheels struck the metal strip (part of the DC-10 engine cowling) rupturing the tire, and sending bits of the rubber blasting upwards at an estimated 310 mph. The flying debris did not directly puncture the gas tank but struck the underside of the wing with such force that it sent a shockwave through the wing, ultimately rupturing the gas tank closest to the undercarriage. When fuel leaked out, it was sparked by engine heat and ignited. The flight engineer and captain shut down engine two when the fire warnings began. When Concorde got into the air, it only had three of its four Rolls Royce engines working, and damage to the landing bay door prevented the landing gear from being retracted.

In all, 20 of the sleek, fast “thoroughbreds of the sky” were built, in a joint venture between Britain and France. Fourteen flew commercially, 7 for France and 7 for Britain. Immediately following the crash, all British Air and Air France Concordes were grounded. The day following the crash, British Air resumed flight operations. In August, just under a month after the crash, British and French aviation regulators withdrew Concorde’s airworthiness certification. This was the first of such actions since the United States grounded the DC-10 for five weeks in 1979. You might recall that the DC-10 had its own problems, the most notable was flight 191 out of Chicago where the aircraft lost an engine after takeoff, crashing and killing everyone on board.

The first Concorde flight with passengers, after the accident, took place on September 11, 2001, landing just before the attack on the World Trade Center in New York. All those on board were British Airlines employees. By 2003, citing the slump in air travel, following the Trade Center attacks, the high cost of maintenance for the 30-year-old aircraft, and the fact that its dated cockpit was analog (not digital), Concorde was retired. There was a brief bid from Richard Branson to buy Concorde, but British Airways dismissed the idea.

In 2008 French prosecutors brought charges of manslaughter against Continental Airlines and John Taylor, the mechanic faulted for improperly constructing and installing the strip of metal that fell off the DC-10, linked to Concorde’s crash.

In December of 2010 Continental Airlines and John Taylor, a Danish citizen who had been living in the US since he was 3, were found guilty of involuntary manslaughter by a French court. The airline was ordered to pay $1.6 million in damages and fines. John Taylor was found guilty, given a 15 month suspended sentence, and fined £1,700 ($2,600).

In 2012 a French court of appeals overturned the manslaughter charges against Continental and John Taylor. But the damage to Mr. Taylor’s reputation was done. He was singled out as the man that killed Concorde. Understandably this was a terrible tragedy, but you really have to feel for this guy. He was later reported to have been denied US Citizenship because of his role in the disaster. In 2013 Taylor sued all airlines involved for mental anguish and stated that he was not the mechanic that had worked on the DC-10. He said he was singled out as a scapegoat because of his union ties. I found no further information about this lawsuit. 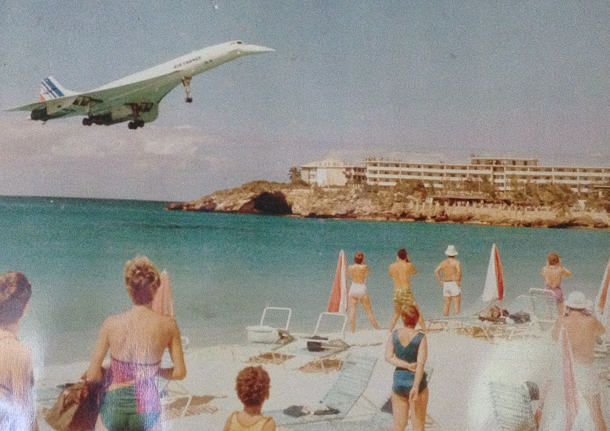 The consequences of a bad day at work