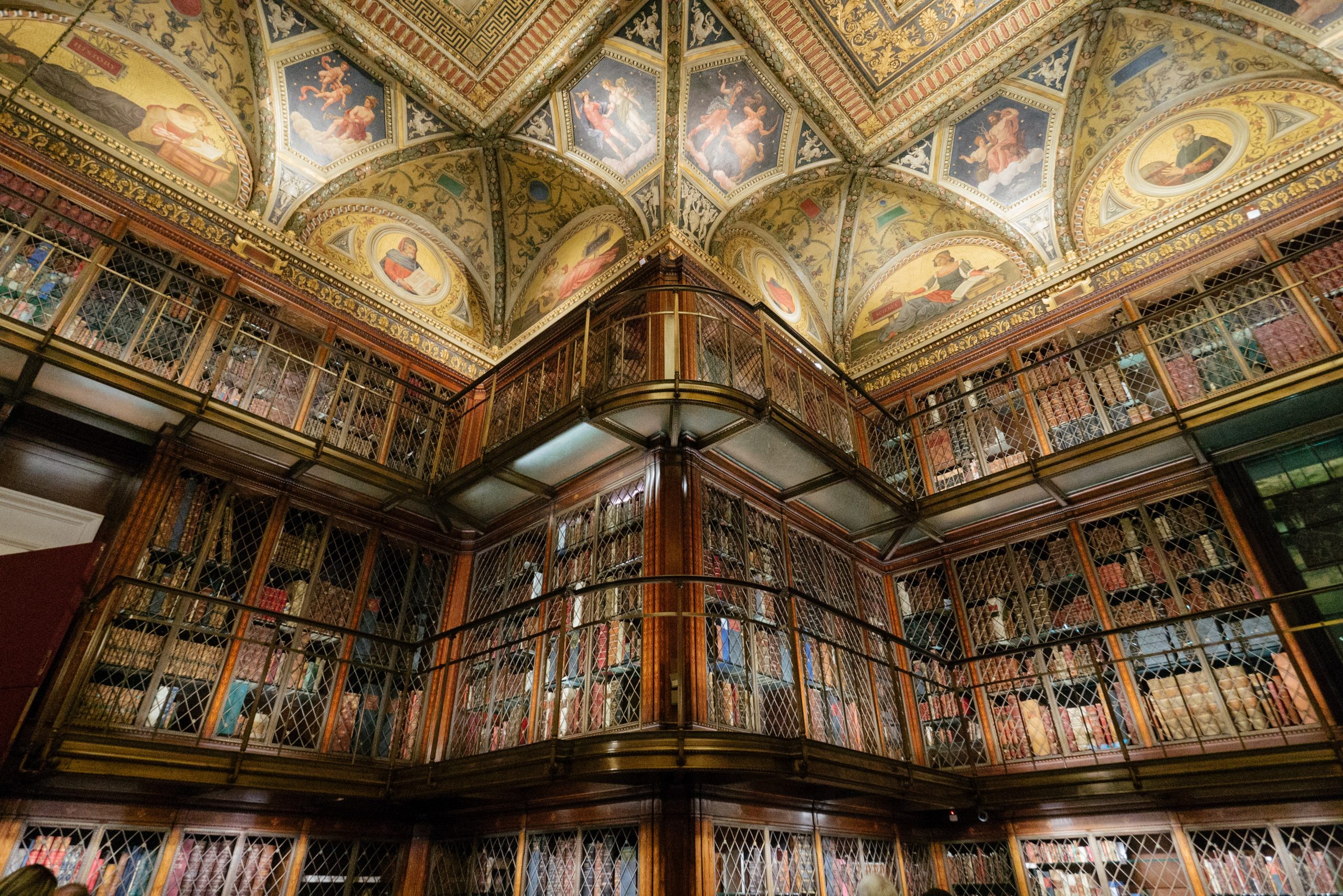 Of course, hiding from contagion isn’t funny. But excessively indulging in Netflix, Apple TV and the CBS and Disney apps has its limits. There just aren’t enough episodes of Picard, Masked Singer, Avenue 5, Mandalorian, and The Marvelous (and I do mean marvelous) Mrs. Maisel. When the bingeing has been debauched what’s left? Maybe a cocktails mixology lesson on Masterclass? Watch all the Marvel movies (again) in the proper order? Or maybe…

That’s right Johnny, it’s time to catch up on your reading.

I admit reading stories about eschatology, butchery, mayhem and “the end of everything” during a time of plague is a bit like watching Air Disasters while flying to Hawaii. But as art does, it gives us a chance to see how others (real and imagined) deal with marooning, pyroclastic flows, epidemics, pirates, aliens, and yes… perfumers with a penchant for putrescence.

The Scarlet plague — Jack London |Plague and apocalyptic literature is nothing new. However, what might surprise you is a piece written in 1912 by the man most famous for Call of the Wild. The premise: The story is set in 2013 when a strange disease originating in San Francisco, wipes out human civilization. The format of this story provides an illuminating template for anyone writing about “the end”.

War of the Worlds — HG Wells | Look closely at WHAT defeats the aliens. Forget the Tom Cruise movie. This classic is much better. “No one would have believed in the last years of the nineteenth century that this world was being watched keenly and closely by intelligences greater than man’s and yet as mortal as his own.”

Fear — Gabriel Chevallier | A most exquisite description of trench warfare by a man who survived WWI. Hat tip to Roger Waters for quoting from this book, which is how I got turned onto it. The book is so graphic it was suppressed during WWII. Messier Chevallier also produced a humorous book called Clochemerle which is not an armageddon book, but rather a very humorous look at French provincial life, bawdy sex, and gossip. Lovers of French culture shouldn’t miss Clochmerle.

Krakatoa – Simon Winchester | “The most devastating volcanic event in modern recorded history.” In 1883 the Krakatoa eruption killed more than 36,000 people. This was the first global catastrophe to take place in the aftermath of the invention of the submarine telegraph. People all around the world became aware of the explosion in an instant, giving rise to the global village that put our burgeoning scientific ignorance under a microscope.

Scatter, Adapt, and Remember: How Humans Will Survive a Mass Extinction — Annalee Newitz | At one point nearly 95% of all species on this planet were wiped out. Sixty-five million years ago the dinosaurs bit it. Before that, we had “The Great Dying.” Somehow humans (and the creatures from which we evolved) managed to survive 5 extinction events. Are we on the brink of the 6th? This is not necessarily a prepper’s guide to surviving the end of the world. But this book is full of gems like: “History of Mass Extinctions,” “Lessons from Survivors” and “How to Build a Death-Proof City.” Ps. I have a mad crush on this author. Check out her other books including this killer piece of hard science fiction: Autonomous.

The Ghost Map: The Story of London’s Most Terrifying Epidemic-and How It Changed Science, Cities, and the Modern World — Steven Johnson | Children are the gateway to pandemic. A baby poops. People die. Cholera in London. 1800. How they traced the disease to its source. Is this why tea (boiling water) became so popular in the UK?

The Rise and Fall of Alexandria: Birthplace of the Modern World — Justin Pollard and Howard Reid | The largest library collection in the ancient world reduced to ashes seems like a perfect fit in this armageddon list. Alexandria was the epicenter of knowledge hundreds of years before and after the birth of Christ. A refreshing historical portrait.

Under the Dome — Stephen King | You wake up and suddenly the little town you call home has been sliced in half by an invisible, impenetrable dome. Perfect reading while in quarantine.

Perfume: The Story of a Murderer — Patrick Süskind | This is the antithesis of social distancing. The last book I read that was this olfactorily satisfying was a scratch and sniff. A sinister murder mystery that’s impossible to put down. However, you may never look at a phial of perfume the same again.

The Water Knife — Paolo Bacigalupi | I basically tell everyone about this book. Set in the near future, it details the water wars between Colorado, Nevada, California, and Arizona. A water knife is a person sent in to cut off the water to a city. You’ll think twice about buying that home in Scottsdale after you read this. Heck. You might even move to Colorado. Graphic, violent and frighteningly PLAUSIBLE.

Day of the Triffids — John Wyndham | 1951 |A carnivorous strain of walking plant (secretly developed by the Russians) and cultivated around the world for its natural resources becomes an aggressive hunter of humans when the earth passes through a mysterious meteor shower rendering blind anyone who witnesses it. Yea, that’s right mo-fo. Run… Wyndham’s British and snappy prose is thoroughly engaging.

The Kraken Wakes — John Wyndham | 1953 | This is not a Godzilla story, as the title might lead you to believe. The overthrow of humans by aliens starts with a meteor shower. Strange creatures come out of the oceans. But when mankind might have the upper hand these vicious critters, they turn up the heat and flood the world with rising sea levels.

Tau Zero — Poul Anderson |What happens to people when they are forced to live with an unknown future and the possibility that day-to-day life is futile? In some stories the people self destruct. In this story, they find the will to keep going. This is hard science fiction done by one of the greats. Perfect for the quarantined.

The Knowledge: How to Rebuild Civilization in the Aftermath of a Cataclysm — Lewis Dartnell|What crucial knowledge do we need to survive after the collapse of civilization? Many questions are posed in this book like “Would you know how to find clean water? Plant and harvest crops? Make soap, or glass, a simple motor?” Probably not. Get the physical book of this and store it someplace. Because Kindles won’t work without electricity. In case of emergency break glass. This book belongs on every prepper’s bookshelf.

Desperate Journeys, Abandoned Souls: True Stories of Castaways and other Survivors — Edward E. Leslie | This book details the harrowing and sometimes gruesome adventures of those who survived punitive marooning, shipwrecks, airplane crashes and insane, thirsty wanderings through the deserts of hell. You read this, you feel that maybe quarantine isn’t so bad. At least I still got me some Door Dash and a beer.

Station Eleven – Emily St. John Mandel| Set several years after a plague has wiped out civilization, the story focuses mainly on a traveling symphony performing Shakespeare in a world that’s been reduced to a western frontier. Weaving back and forth between characters in the aftermath and their lives before the lights went out. “Survival is insufficient.” Haunting. There is an awesome write-up about this book in The Great Courses’ How Great Science Fiction Works.

World War Z: An Oral History of the Zombie War — Max Brooks | Zombie fans and doomsday preppers alike, add this to your survival bookshelf. You’ve heard (and likely seen) the fantastic movie produced by Brad Pitt. However, Mr. Brooks, son of Mel Brooks and actress Anne Bancroft, captured the existential threats to governments posed by zombies that he was invited to lecture at the US Naval War College. “Brooks’ unique, unconventional thinking depicted in his books has inspired the U.S. military to examine how they may respond to potential crises in the future.” Quoted on the Modern War Institute’s website.

The Murders in the Rue Morgue – Edgar Allan Poe |Considered to be the first published detective story. Can you have murder mystery before forensics? Yes. Written 46 years before Sherlock Holmes. Definitely influenced sir Arthur Conan Doyle. This is a short, fast read that’s thoroughly enjoyable and, some of the easiest Poe to read. Of course, it’s macabre. I mean, seriously… how’d that body get inside that fireplace?

This is the perfect time to do some investing in yourself. Here’s your bonus read. Good luck. God bless. Wash your hands.

Psycho Cybernetics –– Maxwell Maltz, MD, FICS | This book has been profoundly impactful in my life. I think all self-help books are pretty much derivative of this one. Delve into the power of your subconscious mind to discover your hidden ability to win. Not a bunch of self-help nonsense, this book (this is AN OLD book by the way) will help you trust the hidden parts of your wetware. (Explains why my best college papers were written the night before they were due. )